We were asked to create this pilot (no pun intended) animation for The Atlantic in a new shorts series about parenting. Julie Lythcott-Haims, author of How to Raise an Adult says, “Our job as parents is—like it or not—to put ourselves out of a job.” This first piece focusses on so-called ‘Helicopter Parenting’. The commission came about after the folks at The Atlantic saw our piece for top New York chef Marcus Samuelsson.

Read all about it!

You can check out the accompanying article on The Atlantic site. It’s already had plenty of views on YouTube where there are some interesting comments. Some relevant and some daft including one Thekias Tzar who writes, ‘I initially thought that this would be about parents who pilot helicopters bringing their children with them, and accidentally crashing said helicopter.’ That is definitely not what it is about. 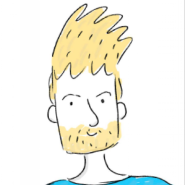